A week ago I was a man ready for a race. After months of training, I was prepared to take on the Destination Races Santa Barbara Wine Country Half Marathon. My wife and I had everything lined up and our weekend planned. I wasn’t necessarily putting a lot of pressure on myself to PR (one of my keys to crushing a half) but was simply looking to run a solid race and enjoy all the scenery the Santa Ynez Valley had to offer.

Unfortunately, things did not work out the way I wanted them to. In fact, they went very badly.

Maybe I ate poorly the day before. Maybe my legs were tired from all the time I spent on planes and cars in the days leading up to the race. Maybe I was exhausted because I only got two hours of sleep (at best) on the eve of the race; the result of some kind of pre-event anxiousness I’d never previously experienced.

No matter what my excuse the result was still the same…

I laid an egg.
I dropped the ball.
I crashed and burned.
I screwed the pooch.
I crapped the bed.
I sucked.

After six consecutive half marathons posting PRs (not the most difficult feat given where I started), I back slid in a big way. At my last half in October, I ran 13.1 miles in 1:53. Last Saturday that same distance took me 17 more minutes.

What’s worse, I didn’t just run slower, my body actually revolted so thoroughly there were several points during the race (I lost track of how many) where I had to stop and walk for significant distances. Now that’s not to say there’s anything wrong with walk-running a race. I see people do it all the time. My wife does it. However, the only time I’ve ever had to walk during a race was during an uphill portion of my very first half and that only lasted a minute or so. Since then it’s been all running, all the time.

If that weren’t enough to ruin the day, hours after the race I realized that my physical struggles also led to me not being as mentally present as I’d have liked during my time on the course. As a result, I missed a lot of the breathtaking scenery and failed to appreciate the landscapes I did see. The race, which began in the small town of Santa Ynez, wound through rolling hills escorting runners past a variety of wineries, ranches, and wild life. I could’ve used my walking intervals to enjoy what was before me. Instead, I was sulky and miserable, the result of a competitive streak that doesn’t always know when to take a break.

Oh, and did I mention my feet and upper thighs broke out in some kind of weird sweat rash? 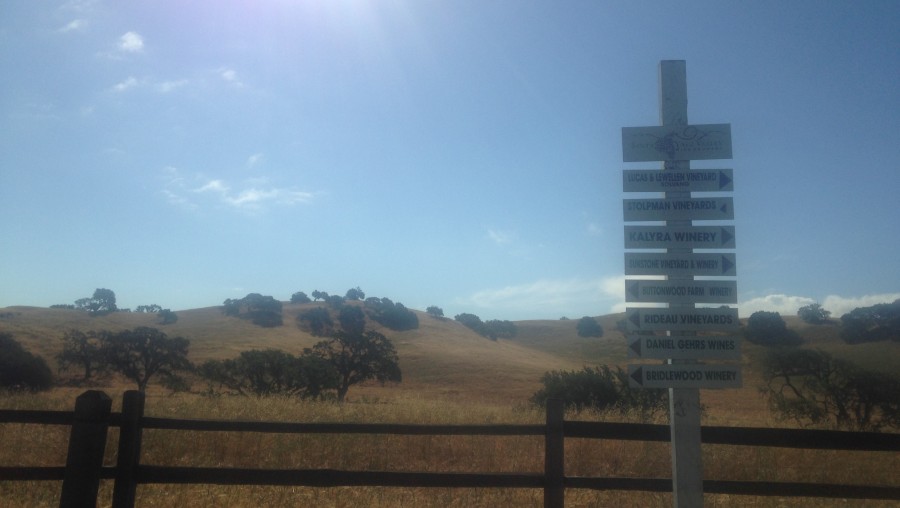 I could probably break this down even further and post tens of thousands of additional words on why I think I did poorly last Saturday. Many of those words would be devoted to my lack of sleep and some of them would be extremely profane. But the whole exercise would be pointless. I ran a crap race and there’s nothing I can do to take it back. Every time I put on the royal blue tech shirt that bears the “Wine Country Half Marathon” name, I’ll remember the way I felt as I struggled along the course desperately hoping to find a second wind that never materialized.

The good news (that I’m trying desperately to acknowledge) is that I finished the race. And that despite my setbacks I finished with a time some runners would love to have posted. Most importantly, my poor performance had nothing to do with an injury. I didn’t pull or pop anything. I didn’t limp to the finish line and I didn’t have to visit the First Aid tent. Aside from sleep-deprived exhaustion and a bruised ego, I was okay. I also managed to enjoy the rest of my Southern California trip as the wife and I spent plenty of time seeing the sites, consuming regional booze, and eating way more than we should.

Now that I’m home, I’ve come to terms with last weekend’s disappointment. There will be other races and I know I’ll bounce back. If nothing else, I’ll be more motivated than ever to train for future events.

Santa Barbara Wine Country Half Marathon, you were an amazing event. And I will always remember you, just not for the reasons I’d hoped.

7 thoughts on “Dave and the Terrible, Horrible, No Good, Very Bad Race”